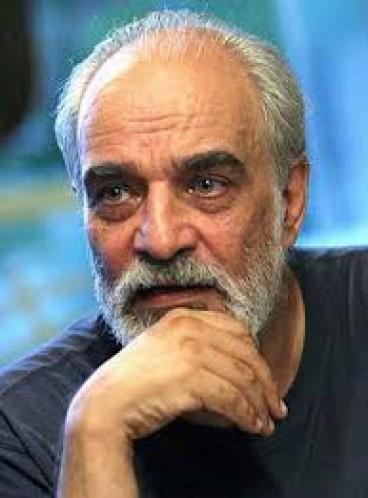 It is many years that I pursue the works of Ali Faramarzi. From the time that he was drawing professional watercolors from the houses and views, he had established classes that are still working and he is strict in his teacher’s job and preserves the dignity of the private painting classes. He was establishing exhibitions from his paintings and the paintings of his students. Some of my students were coming from his classes and some of my students were attending his classes and this matter resulted more acquaintance of us with each other and we became friends. I liked his paintings because his glimpse was different and as much as the time passed, the skill of his hand was increased and when it reached to the highest level of profession, he put aside the mastership and began to make the work more simple and more summarized and colorful.
This was the time that he established regular and continued sessions in his classes and invited from the criticizers and clear-sighted persons in order by discussion and dialogue discuss the theory problems of visual art and persuaded passionate gatherings that maybe it is still continued.

It has been two months ago that for the last time I saw his paintings that has exhibited his large acrylic works and I enjoyed them and praised him. He has got over a long way with patience and intense work in painting and has been converted to a contemporary dynamic artist.

The thick colors and parallel and twisted surfaces with golden and silvery colors create views in the mind, not in the eyes, of the persons that are combined from very simple and summarized elements. The large sizes of paintings provide the proper opportunity for the movement of eyes to pursue the different strokes. These works are the logical continuation of his drawings; the drawings which are the unique characteristics of Faramarzi s career.

Ali Faramarzi is a sample and symbol of an artist that is finding his way and is continuing it and with strictness does not want to stand in the same place and repeat. Due to this reason I praise him.